This day would be the highest and longest day of the Cape Wrath Trail yet with a coverage of well over 30km distance and an 800m ascent. A total of 12 hours work.

I started at Barisdale Bothy and the path alongside the sea loch to Kinloch Hourn was surprisingly tiring, as it undulates up and down steeply. After Kinloch Hourn there is a nice woodland area to rest in the shade and possibly forage or camp. Shortly after, you must do a steep path ascent back up into the hills. 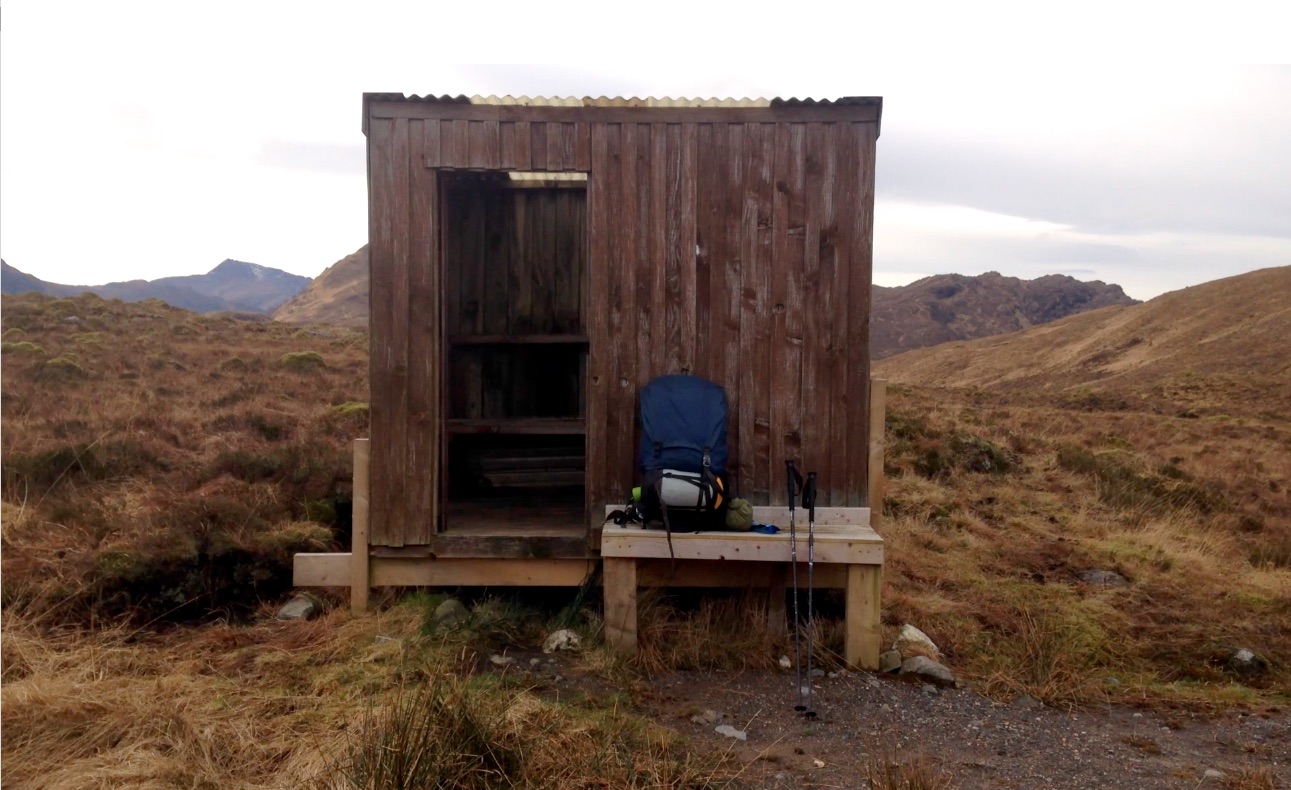 I reached a mountain shelter early at 14:00. The next stage was a challenging climb that I knew would take more than six hours. With only a few hours daylight left I had to make the call whether to sleep in what was essentially a garden shed, or make the climb.

I knew I would be caught out on the hill, and it would be a summit camp. Daylight is born at 7am and dies early. The mountain pass was south-facing which gave me an extra hour or so before darkness at 7pm. I decided to go.

I made the mountain pass perfectly, and safely, even though it was a 35 degree slope with no visible path. I countoured diagonally up at a steady angle, cutting the hill. Nine steps forward, one step up is my technique. This meant my ascension was gradual but easy going, I barely got out of breathe for all 800m of it.

Light was dying and the wind picked up as I reached the Bealach (mountain pass). I now had to camp. But it was too windy, and above just 300m windchill can be as cold as -20. Darkness was gaining but I decided to descend the North Face to a lower point. I contoured down below the scree line.

It was wetter and colder this side – the North face always being so, sheltered from sunlight, and this is why a North face is always considered a harder climb. It’s where the brand got its name.

After descending some 80m, I slipped and slid a few feet down the face. My full weight going into my trekking pole and bending it at a 90 degree angle. I was now down to three legs. Life is hard enough here with four legs, I thought.

I clambered off the face to get on flatter land and made a b-line for a spur that I had ear-marked from the bealach. This was still 300m up or so, but still as low an elevation that was possible given the light. After one fall already, a second could have a more tragic end.

I bivvied on the spur. Nowhere was flat, so my feet hung over the edge the hill. But I was resting now. I felt quite content with the day’s adventure. A navigational success over very steep ground, no path and little time to spare had surmounted into quite an exciting climb.

But it rained for six hours that night. And it rained for eight hours the following day. I didn’t care, I had grafted hard already and was ready to do the same tomorrow.