Day five brought my first spell of rain which dissipated by late morning. I sheepishly left the comfort of the bunkhouse, hoping it had stopped and it did by 11am.
The warmth and sun of the previous days had made the air very humid, and the lack of strong winds meant the water vapour from the ground sat as a thick mist on top of the hills at around 420 metres elevation. With no direct sun it was a relief to be walking in cooler conditions for a change—this is the type of Scottish climate I am used to, rarely is it so dry and sunny here.

Walking the slope up past Dubh Lochain was pleasant enough, but a familiar experience as I had walked the adjoining Glen Meadhail on the way in. The detour to Inverie really is just that – requiring you to walk back on yourself on a 35 degree angle to get out onto the guidebook route. But Inverie is a remote, special place being one of the remotest villages Britain. Innately, this means the place is very calm and dreamy. If speed is not an issue it’s the perfect place for a rest stop.

Entering the mist back on the hill was like walking into a heavenly void, a very silent place with no movement apart from my own footsteps. I once got “turned around” in a dense mist on the hills of the Breacon Beacons and mist is not an easy or enjoyable to walk through. However, this was a reasonably easy walk on a clearly defined path and I encountered no navigational issues. The hardest part was getting back on my walking legs after a rest day, and doing the 600 metres or so of ascent to the mountain pass. Although the pass was 400 metres from sea level, the ground undulates up and down meaning, cumulatively, you do a lot more than you initially think by looking at the map.

It’s a steep walk for three-quarters of the walk, rising progressively after Dubh Lochain. After which, the path drops dramatically into Barisdale Bay. It’s an amazing landscape here, that is Tolkein-like. Sharp densely packed pinnacles surround the flat, fertile valley. Which, from its Viking name, suggests has been grazed for many centuries by settlers who no doubt originally would have arrived by the sea. The name is rooted in the words “barrows” meaning hills and “dale” meaning valley. Coincidentally, my own name means the same.

The viking settlers, as well as the indigenous celts both named places here after the geography. By understanding just a few words of Gaelic and Viking you can begin to read the maps like a book.

Barisdale was an ideal rest stop. There is a private bothy here with electricity and plumbing for which there is a three pound charge.

Here I met a couple of walkers from London that had done an ambitious walk over one of the nearby mountains. Strangely one of the fellas was dressed in a waistcoat and trilby hat. Possibly not the best attire for mountaineering. 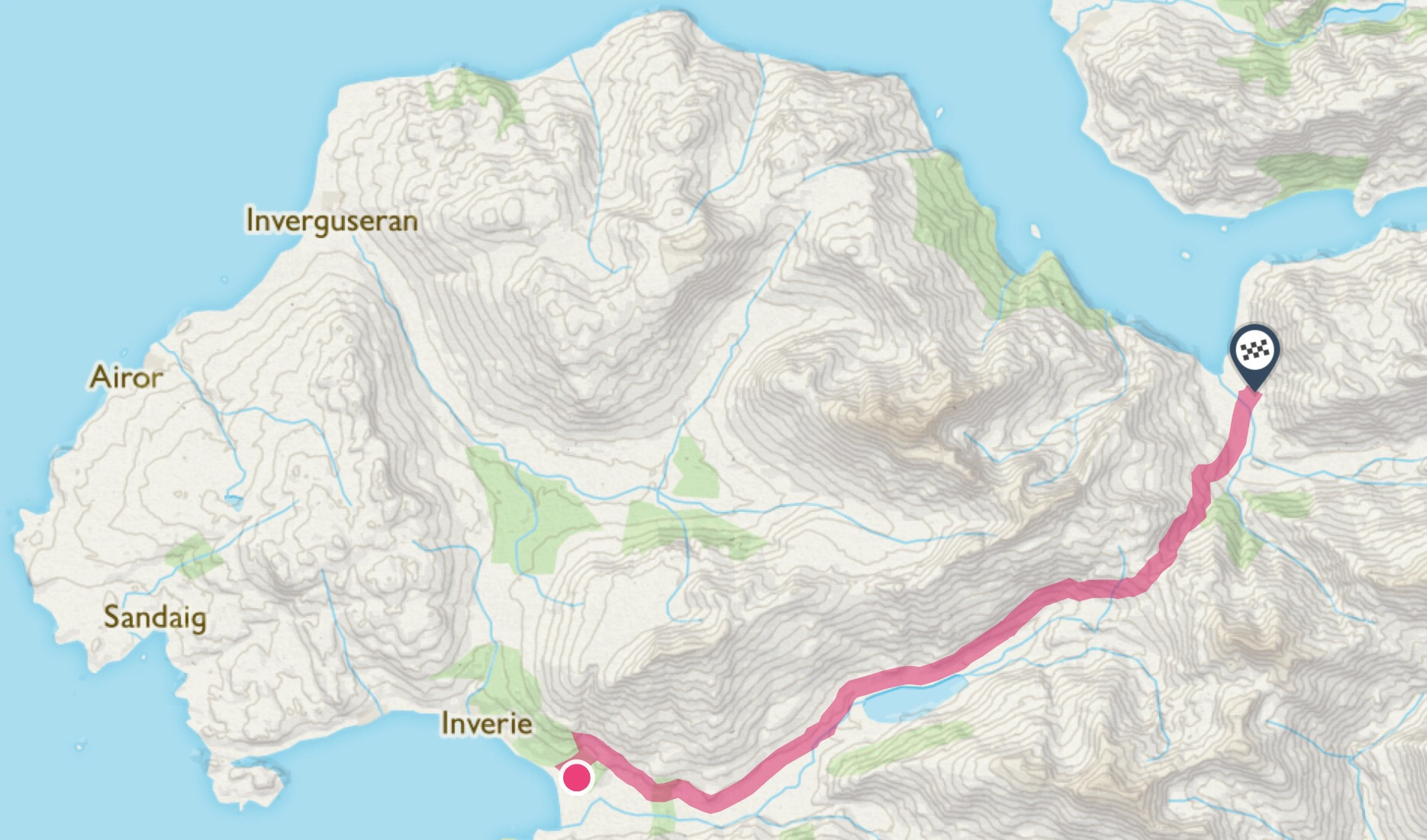