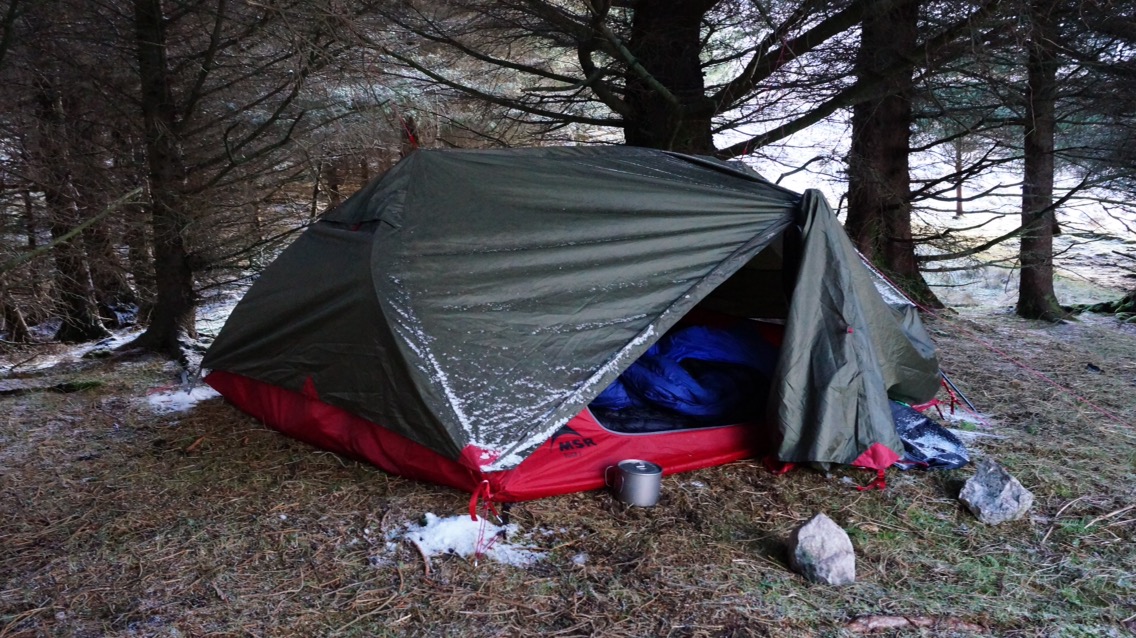 In February 2017, I completed the Cape Wrath Trail in 18 days. Here is a breakdown of the gear I chose to take.

The Scottish Winter Can be both difficult and unpredictable, requiring some special thought into what gear to take. My kit list for The Cape Wrath Trail was very minimal, comparing more to a 3-season setup. But there were some big differences too.

I did not go “ultralight”, as I do not believe lightweight materials could withstand a Scottish Winter (my trip coincided with Storm Doris). My gear choices were based around practicality, reliability and safety.

I also chose gear that I knew and I was comfortable using — familiarity is an important factor, as it would be foolish to take untested gear out into the wild only to discover it doesn’t work for you.

All of my gear was tested for a weekend-hike in Snowdonia prior to the trip. Everything that failed or was unused was taken out.

A normal Winter weight for this kind of trip should be around 16-18kg. Whereas, a typical summer weight is normally around 8-12kg. The additional weight is down to the fact you need greater calories, insulation and fuel to survive Winter.

If I had tackled the Cape Wrath Trail in Summer, I would have probably gone stoveless and taken half the clothing I took on this trip. I would have taken a frameless backpack with lightweight shoes. There are plenty of people who have written about ultralight systems for Cape Wrath, but I went heavyweight.

My final pack weight was a massive 22.6kg. Over 3kg of this was a heavy 3-man tent I found on the route.

As a 6ft4 male weighing 96kg this load was just about manageable, but by the final day I was sustaining some inflammation in my knees and ankles.

Although 2017 had a very mild Winter, the weather in Scotland is unpredictable so it is important to be prepared. Check forecasts and don’t pick over-ambitious routes.

The list below is what I finished the trek with. If you have questions about Winter equipment for the CWT, please leave a comment below and I’ll try to help.

peterberreclothgmail-com
Previous post Lampers: A night hike and a near miss?
Next post Cape Wrath Trail: Food and foraging